Trump and the Failure of the Expert Class - WSJ 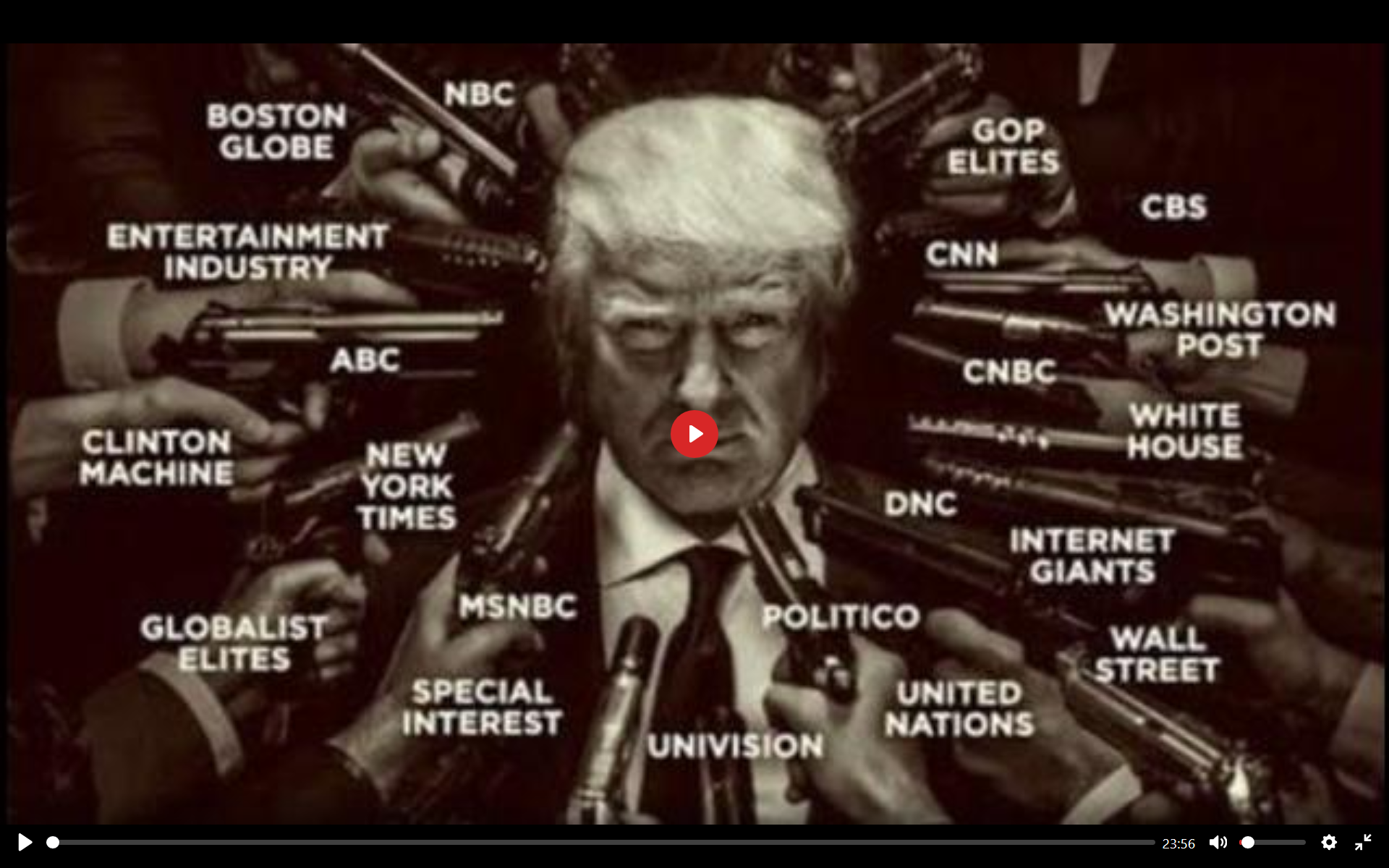 They were right about his character, but his defects were obvious to almost everyone. They were wrong about virtually all else. 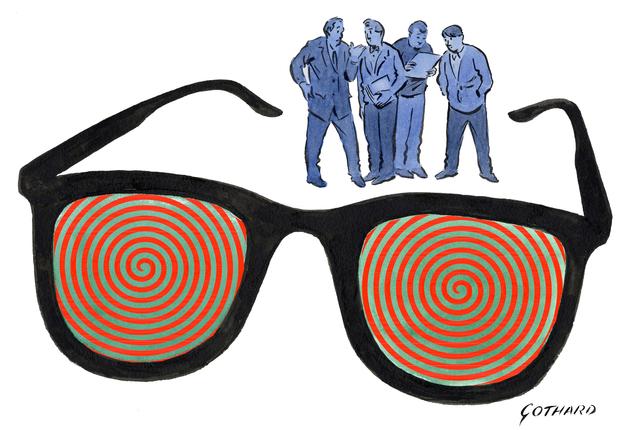 The Trump years had something for almost everyone. Progressives had the satisfaction of righteousness and a justification for daily outrage. What they didn’t have were policy victories, although they might have had a few if they could have refrained, even for a few days, from treating the president as illegitimate. For conservatives, the case was exactly reversed: They had some major policy wins, but at the cost of frequent embarrassment and dismay at the president’s offensive behavior and self-defeating logorrhea.

The worst of his conduct took place after the 2020 election and seemed to fulfill progressive commentators’ allegation that Donald Trump was carrying out an “assault on democracy.” Mr. Trump’s refusal to accept defeat, culminating in demands that Vice President Mike Pence overturn a lawful election on no legal authority, occasioned a debacle that may haunt the Republican Party, and the country, for years.

Even so, the most salient theme of the past five years was not any challenge to democracy. The great theme of the Trump years, the one historians will note a century from now, was the failure of America’s expert class. The people who were supposed to know what they were talking about, didn’t.

The failure began with the country’s top consultants and pollsters. Candidate Trump did almost everything lavishly paid political consultants would have told him, and did tell him, not to do—and he won. The most respected pollsters, meanwhile, predicted a landslide for Hillary Clinton. America’s best and brightest political adepts turned out to know very little about the elections they claim to understand.

Also during the 2016 campaign, an assemblage of top-tier academics, intellectuals and journalists warned that Mr. Trump’s candidacy signified a fascist threat. Timothy Snyder, a historian of Nazism at Yale, was among the most strident of these prophets. “Be calm when the unthinkable arrives,” he warned in a Facebook post shortly after the election. “When the terrorist attack comes, remember that all authorities at all times either await or plan such events in order to consolidate power. Think of the Reichstag fire.” Many experts stuck with the fascism theme after Mr. Trump’s election and throughout his presidency. That these cultured authorities couldn’t tell the difference between a populist protest against elite contempt and a coup carried out by powerful ideologues will go down as one of the great fiascoes of American intellectual history.

The fascism charge was only the most acute form of the claim that Mr. Trump was carrying out an “assault on democracy.” Some semantic clarification is in order here. When intellectuals and journalists of the left use the word “democracy,” they typically are not referring to elections and decision-making by popularly elected officials. For the left, “democracy” is another word for progressive policy aims, especially the widening of special political rights and welfare-state provisions to new constituencies. By that definition any Republican president is carrying out an “assault on democracy.”

Mr. Trump assaulted democracy in the ordinary sense of the word, but he did so only after the 2020 election. That effort was discreditable and disruptive, but it was also delusional and ineffective. It was not the assault the president’s expert-class critics had foreseen.

Perhaps those critics failed to understand Mr. Trump’s assault on democracy because they had carried out a similar sort of assault in 2016-18, with the support of the federal bureaucracy and the nation’s political and cultural elite. I’m referring to the Russia scare: the belief that Mr. Trump won only because his campaign “colluded” with agents of Moscow, and that his election in 2016 was therefore illegitimate. The theory made sense only if you couldn’t grasp the obvious reasons for Mr. Trump’s victory, namely that Hillary Clinton was a terrible candidate and that Obama-era progressivism had become sufficiently unpopular in the Midwest to throw the election to the nationalist candidate. Somehow it was easier for smart and accomplished people to believe that a TV celebrity and political neophyte with attention-deficit issues had entered into a diabolically ingenious pact with a foreign dictator in which the dictator helped him pick up just enough votes in the states he needed to win.

It took a 22-month investigation by a special counsel to establish an absence of evidence that Mr. Trump’s campaign had conspired with the Russians. America’s best minds and most influential leaders had spent more than two years obsessing over an idiotic conspiracy theory.

This spectacular failure of the expert class would have been impossible without the willing support of a credulous news media. That Mr. Trump won the presidency largely by denouncing the media should have suggested to leading journalists and media executives that something in their industry had gone badly wrong. Instead most of them took his rise as license to indulge their worst instincts.

Reporters treated every turn of events as evidence of Mr. Trump’s unique evil. They regarded every preposterous accusation put forward by his political foes as reasonable and likely true. The repeal of “net neutrality,” an Obama-era regulation on internet service providers, heralded the end of the open internet (it didn’t). The administration built “cages” in which to cram children of illegal border crossers (it didn’t). The president praised neo-Nazis as “very fine people” (he didn’t). His postmaster general was removing mailboxes to steal the election (an obvious lie). In retrospect, it was hardly surprising that so many Americans believed Mr. Trump’s fictitious claims about the election. Reports of his defeat, accurate though they were, meant little coming from news organizations that cared so much about discrediting him and so little about factual truth.

America’s foreign-policy elite didn’t perform appreciably better. For decades, they had insisted that peace between Israel and the Arab world was impossible without a long-term solution to the Israel-Palestinian problem. It was an axiom, no longer up for debate. Mr. Trump followed through on a promise long made but not kept by the U.S. government to recognize Jerusalem as the capital of Israel. Foreign-policy experts the world over predicted hellish payback from the Arab world, but the recognition went forward, the U.S. Embassy moved, and the payback consisted of a day’s worth of inconsequential protests.

Meanwhile the administration pressed ahead with a diplomatic push to strike commercial and diplomatic deals between Israel and Arab states. The United Arab Emirates, Bahrain, Sudan and Morocco announced they would establish formal relations with Israel, and Saudi Arabia may do the same. The foreign-policy clerisy, having been wrong about the central question of global diplomacy for the past four decades, predictably ignored these achievements.

Then there are the public-health experts. We are still in the middle of the coronavirus pandemic, so it is difficult to write about it with the perspective it demands. Yet political talking points aside, this much is apparent: No nation—or anyhow no nation that values individual liberty and isn’t an island—has managed even to slow the spread of Covid-19 without causing economic ruin and attendant disorder.

The Trump administration made its share of mistakes during the early stages of the pandemic, although its chief failing was the president’s lack of rhetorical clarity. But the outstanding failure of the 2020 pandemic was the experts’ belief that the only sensible response involved sustained closures of businesses and schools. By any set of criteria outside the self-contained system of public-health best practices, the lockdowns failed. They purchased minor slowdowns in the spread of the virus at the cost of punishing economic destruction, untold social dysfunction, and mind-blowing public debt.

You get the sense that even proponents of the lockdown orthodoxy secretly recognize their folly when they advance the post facto argument that many more people would have died and the hospital system would have collapsed if we hadn’t shut down the economy. Upending this conveniently self-exculpatory claim is the fact that many parts of the country didn’t lock down, or did so only loosely and briefly, and managed to keep their hospitals running just fine.

Controlling the spread of Covid-19 in the U.S. was always going to be a messy business: Many infected people don’t get sick and have no compelling reason to burrow in their homes, and America is an unruly nation with a long tradition of nonconformity. The experts might have accounted for these realities. They might have realized that the measures prescribed by their textbooks—contact tracing, forced quarantines, shelter-in-place orders—were mostly unworkable in America. They didn’t. Large parts of the country shut down on their advice, and the economy went into a needless recession.

Once again, the people paid to know what they were talking about, didn’t. Mr. Trump’s aggressive gaucheries made the experts feel they couldn’t be wrong so long as they were against him. A policy maven or an academic historian or an experienced political consultant couldn’t help judging himself favorably against a Queens real-estate mogul who spoke in five-word sentences. And yet very often the mogul was right and the experts were wrong.

In the wake of the Jan. 6 siege at the Capitol, members of the expert class are busy congratulating themselves for being right about Mr. Trump all along. He really was the would-be autocrat they always said he was! But the important question was not Mr. Trump’s true nature or innermost designs but whether America’s democratic institutions, especially the courts and Congress, were prepared, if required, to rebuff his designs. Of course they were. If this was an attempted coup, it was a comically inept one. Hardly anyone in Mr. Trump’s own administration, including the vice president, wanted anything to do with it.

Mr. Trump’s character deficiencies were always obvious, even to many of his supporters. Other questions required judiciousness to answer, and about them the expert class had almost nothing useful to say, so fixated were they on the president’s unworthiness.

The most regrettable part of this class failure is that, with rare exceptions, the experts themselves acknowledge no error. Nothing about the Trump years has occasioned soul-searching or self-criticism on their part. But today’s experts will eventually retire and pass from the scene. A newer, fresher generation of pollsters, academics, think-tank scholars and journalists will care more about the truth than they do about aligning with today’s consensus. They will feel no need to disguise their ignorance by signaling hatred of Donald Trump. And they will not fail to note that their most accomplished and revered forerunners were, at crucial moments, idiots.

Mr. Swaim is an editorial page writer at the Journal.