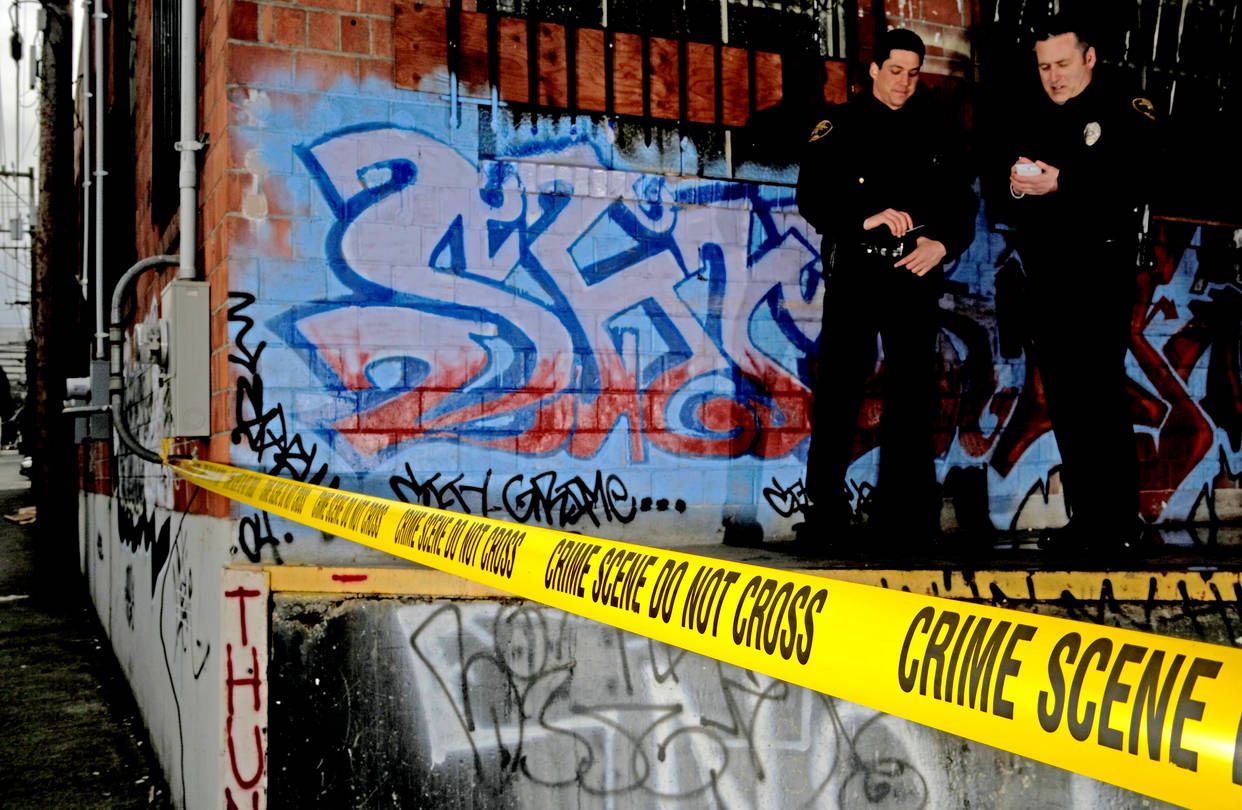 Headlines were seized this month by the ambush and murder of three American women and six children by drug traffickers in Mexico. Americans were naturally shocked by the brutality of the cartels. But it would be a mistake to think it doesn’t happen here. Similarly brutal crimes frequently occur among black Americans in our own cities, generating much less coverage. There are signs that gang violence is rising—and spilling over its boundaries in a way that puts more innocent people at risk.

Street gangs and other criminal rings have even abandoned an implicit moral code that prohibits targeting “civilians”—women, children and others not directly involved in their “beefs.” In more than 40 years of working with local anticrime groups and documenting their solutions to youth violence, I have never witnessed the depravity that is occurring today on the streets of black neighborhoods around America.

Nationwide, the tragic number of unsolved murders was documented in a 2018 study by the Washington Post that mapped nearly 55,000 homicides in 55 cities. The study identified inner-city areas “where murder is common but arrests are rare,” dubbing these crime-plagued communities “pockets of impunity.”

Take St. Louis, where 14 children and teens were shot dead in a three-month period from May through July. By August, only one arrest had been made in any of those cases—a bleak trend police attribute to locals’ unwillingness to report suspects. Even the brother of a victim declared that “around St. Louis we don’t snitch on people. We keep it in the streets.”

In Chicago, gang members recently kidnapped and shot a 9-year-old brother of a rival in an execution-style retaliatory strike. These thugs consider the deaths of innocent toddlers and children to be collateral damage of street warfare. Victims include a 2-year-old shot to death in her mother’s arms and a 7-year-old dressed as a bumblebee shot while trick-or-treating.

Children are perpetrators as well as victims of this violence. In Minneapolis, mobs of robbers have beaten victims unconscious and kicked them in the face even while they lay helpless. According to police reports, the attackers include girls as young as 13. In Washington, about a dozen attackers, who police believe to be boys and girls ages 14 and 15, attacked two men mercilessly outside a Hilton hotel, kicking and stomping them while they were injured and on the ground. All these young perpetrators were black.

Low-income black neighborhoods throughout the U.S. are becoming more isolated and more dangerous in part because of the efforts of self-proclaimed social-justice warriors, including members of Black Lives Matter. These activists demonize law enforcement, making it harder for police to gain residents’ trust. They sometimes openly celebrate violence against police.

As hostility to law enforcement has increased, antipolice demonstrations and protests have resulted in “police nullification.” These are instances when officers stand down, opting not to enforce certain laws, to avoid accusations of racism. Their withdrawal makes dangerous neighborhoods even more vulnerable.

These attacks on law enforcement have caused a sharp drop in police recruitment. According to one survey, 62% of police departments nationally have reported decreases in recruiting in recent years. Minneapolis police reported that, in a one-year period, they were unable to respond immediately to more than 6,000 “priority one” 911 calls, which include reports of sexual assault, shootings and robberies.

Adding to this devastation, many black social critics, pundits and professors articulate a message of despair, victimhood and conflict. They tell people trapped in these inner-city killing fields that regardless of what blacks are doing to one another, it isn’t their fault. For them, blames lies only with the legacy of slavery and Jim Crow.

To avoid having to explain why these problems persist after 40 years of black political rule in many of these cities, the apologists point to their all-purpose villain: systemic and institutional racism. Police and prosecutors, they say, are merely enforcers of white-supremacist culture that pervades society. The most dangerous thing about this message is that it exempts inner-city blacks from personal responsibility and suggests they are helpless in the face of their circumstances.

The elite promoters of this blanket forgiveness don’t suffer the consequences of their advocacy because they don’t live in the ZIP Codes where rates of crime and violence are high. Most live in safe, well-to-do communities where the police are encouraged to enforce the laws, supplemented by private security.

As the social-justice warriors and race-grievance experts continue to wage war against the police, trust of law enforcement deteriorates further, and predators face no consequences. Law-abiding citizens in the afflicted communities are sometimes forced to seek protection from the people preying on them. America is on the verge of surrendering authority to the lawless forces in our inner cities. In short, we could have Mexico in America.

Mr. Woodson is president and founder of the Woodson Center.