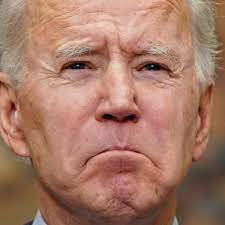 A combination of flattery and racial bullying convinces him he has a mandate. 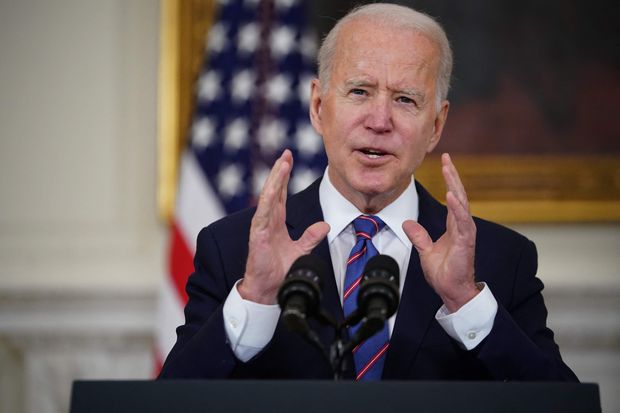 How to explain the rush of bad government, citing false crises, end-running constitutional limitations, that the Biden presidency in its early days has become?

I’m persuaded by one of its practitioners, Charles Blow of the New York Times, that a key feature, the administration’s rampant race-baiting, is partly a matter of a ticking clock: “If Hispanics and Asians vote then the way they vote now—a third of each group voted for Trump—their combined votes for Republicans will eclipse the Black vote for Democrats.” He means for good.

Other clocks are ticking too. Mr. Biden is likely to be a one-term president; every historical precedent suggests the Democrats’ slim congressional majority won’t survive next year’s midterm elections.

This still doesn’t explain why Mr. Biden is lending his presidency to unrepresentative activist groups to pursue an agenda for which he has no mandate. So much for the talk of a modest and dignified “transitional” presidency. He, or someone on his behalf, has substituted a Tijuana-or-bust progressive Hail Mary that is quickly becoming needlessly and noxiously divisive, that has Mr. Biden uttering lies and demagoguery as scurrilous as any his predecessor uttered.

Maybe he really has changed due to some woke epiphany. Or maybe we are seeing a man of diminished capacities acting out one long reaction to Kamala Harris playing the race card on him in the 2020 primaries.

Maybe the race card is being played partly to control Mr. Biden himself.

I hate to say it but there’s a reason telemarketers target the elderly. You don’t have to be old to be weak, of course. See those CEOs who have no thought of anything except how to shield themselves from interpersonal discomfort amid a political game that’s largely going over their heads. If Mr. Biden has lost his fastball, he won’t have forgotten a searing experience: how insouciantly a top fellow Democrat, youthful and quicker on her feet, used the race card against him in front of a national audience. The fallout, obsequiously awarding Ms. Harris the veepship, was hardly reassuring either.

Or take his recent and ludicrous inaccuracies about Georgia’s new election law (four Pinocchios, said the Washington Post). He sounded like a man riffing on a few poorly understood lines that somebody fed him, making himself a prop for an agenda that he may not quite grasp.

You might have had zero faith in Donald Trump ’s judgment but at least you knew he was capable of asserting his own judgment—and of doubting the motives and incentives of his advisers and camp followers. (A president seldom goes wrong by being too cynical about the motives of his allies.)

In 2020, Republicans secured 74 million votes for their presidential candidate, narrowed their disadvantage in the House, and tied Democrats in the Senate. In many states Mr. Biden won, he was outpolled by GOP House candidates. Especially because voters were told (falsely) by pollsters that Mr. Biden was running away with the election, it’s hard to doubt even many supporters wanted a check on his administration.

For all the Democratic demagoguery about the filibuster, the system is working the way it should—thwarting legislative enactments based on ephemeral majorities that have no stability in the body politic.

Mr. Biden might be in fine fettle for a man pushing 80 but that doesn’t mean he’s up to riding herd on the forces that followed him into the White House. Mr. Biden did not wrestle the nomination away from anybody (unlike Barack Obama or Mr. Trump). It landed on him. His career was that of an undistinguished but long placeholder. A habit of foolish grandiosity has repeatedly brought trouble, such as convincing himself of a glorious academic record that didn’t exist (he finished near the bottom of his law-school class after being disciplined for plagiarism).

And nothing about Mr. Biden today suggests he’s up to the heroic, arm-twisting, barnstorming public effort that it would take to get so radical a program past a resistant public and Congress—if he were, almost by definition he would not be the kind of presidential dog that unrepresentative activists would find so easy to wag.

This “modern” left obsesses about race and “identity” because it’s their only claim to being progressive; in every other way they are reactionary heirs to the bureaucratic and technocratic elite that the New Deal and World War II delivered into being and now is in need of replacing by something truly of our own times.

On present trend, Mr. Biden is on his way to being a failed and divisive president. Richard Posner, the retired federal appeals judge and polymath, devoted a book, 1995’s “Aging and Old Age,” to the changed incentives, declining capacities and shortened time horizons that make us different people in old age than we were when young. We improve in some ways with age but also become more prey to our worst propensities. Ironically, one trait of the elderly, Mr. Posner tells us, is usually a desire to leave a legacy and reputation our survivors can feel proud of.