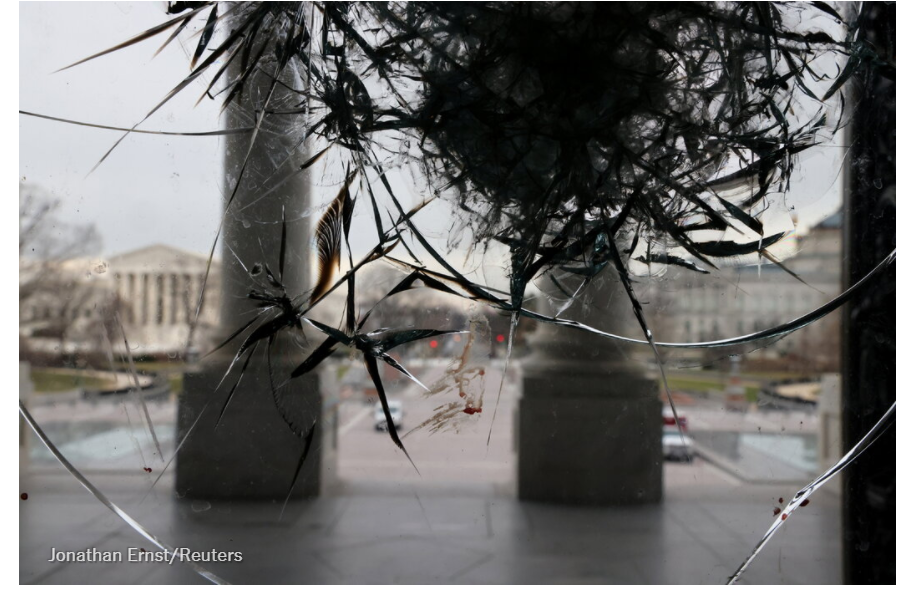 When it comes to denouncing or indicting inciters, there’s no reason to stop at Donald Trump. 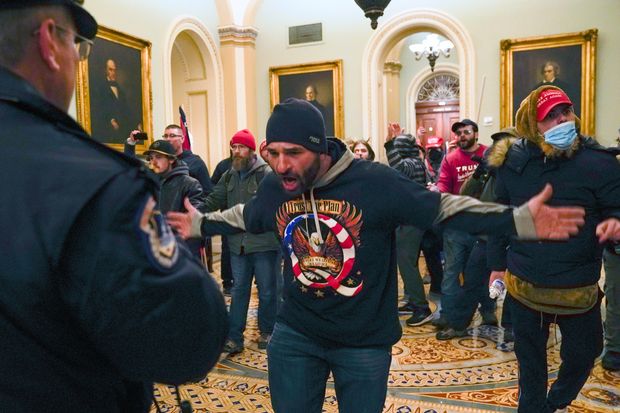 When white supremacists and counterprotesters descended on Charlottesville in 2017, police didn’t issue riot gear, close streets, or call immediately for state or federal backup. And it wasn’t because they weren’t forewarned or lacked intelligence on what was about to happen. Indeed, they had experienced a nearly identical situation with a KKK rally weeks before.

But in one way America isn’t a banana republic: Police will do almost anything to avoid firing into a crowd to interrupt lawbreaking or even risk the possibility. This also was true during the George Floyd protests, when police in New York flashed their lights and squawked on bullhorns but didn’t get out of their cars to stop store looters because it wasn’t worth risking lives to save a few $1,200 sweaters.

In the end, most of the invaders of the Capitol behaved more like tourists than insurrectionists, allowing themselves to be herded out when police had assembled a superior force. It could have been much worse but wasn’t because sense was prevalent on both sides.

A careful postmortem in Charlottesville showed that protesters are like your children: Each one is different. Political activists, gawkers and journalists show up as well as hatemongers of every description, drawn by a hope of mayhem and not overly observant of partisan narratives adopted for the convenience of the media. Was President Trump warned that threats to the Capitol had been circulating online for weeks? He should have been—in which case he might well worry about a charge of incitement.

If the storming of the Capitol finally inoculates voters against the worst tendencies of Trumpism, notice this goal was not vouchsafed by four years of Democrats and the media trying to counter Trump by emulating him, with false narratives and tortured or falsified evidence.

On Wednesday I described how Mr. Trump threw away the 2020 race but I spent four years saying Democrats and the media would re-elect him. He got the second most votes of any presidential candidate in history; a precisely redistributed shift of 21,500 votes in three states would likely have given him a second term under the Constitution’s “contingent election” stipulation.

I could invoke Adam Schiff, as even critics on the left did, as the person most likely to re-elect Mr. Trump. But let’s focus on a general trope among the Trump opposition: Because I dislike X about Trump, therefore his supporters like X.

When talking to Trump voters or surveying them, the evidence overwhelmingly shows they disliked X too. They disliked most of what non-Trump voters disliked but they voted for him anyway for reasons critics were too lazy and self-satisfied to recognize. If any delusion fed their continuing support, it was less a delusion about Mr. Trump. To this day, many Trump fans can’t get their minds around the possibility that imbecility and moral cowardice drove the Russia hoax. They assume a supercompetent conspiracy because they assume our elites at least are competent at their corruption.

Many Democrats and even Republicans refuse to see it, but a freak variable made 2020 election fraud plausible to millions of Americans, and the Steele Dossier was it. Joe Biden was wise to keep a personal distance from the Russia hoax but I thought he should publicly endorse the Durham investigation and other 2016 inquiries and not just for the sake of Trump voters but for the sake of Hillary voters.

All this is semi-independent of Mr. Trump, who I predicted months ago would experience the greatest unfriending of any president ever on leaving office. Unquestionably, his attachment to the office was partly a knowledge that it shielded him from federal indictment.

Conspiracy theory is a dumb term and should be abandoned when people really mean “false narrative.” Theories can be right or wrong. Conspiracy is merely a word for cooperation toward a criminal end. But our media use “conspiracy theory” as a dismissive pejorative to avoid showing what the evidence says. Many states, including states Mr. Trump won, conducted the election in ways not strictly compliant with state law due to the pandemic. A sharp drop in the rejection rate for absentee ballots needs explaining, though it was likely due to greatly relaxed security requirements.

One thing that nobody has shown is that a large number of votes were not cast in good faith by people legally entitled to vote.

Unfortunately, when an outcome is close in a state, it’s possible to believe the weather or rule tweaks or some subliminal cheating altered the outcome. Elections should strive to be above reproach in accuracy and lawfulness but they can’t manifest the “will of the people” when there is no unambiguous will to manifest. This problem will only be solved by Americans reaching a greater consensus among themselves about what kind of society they want to be.