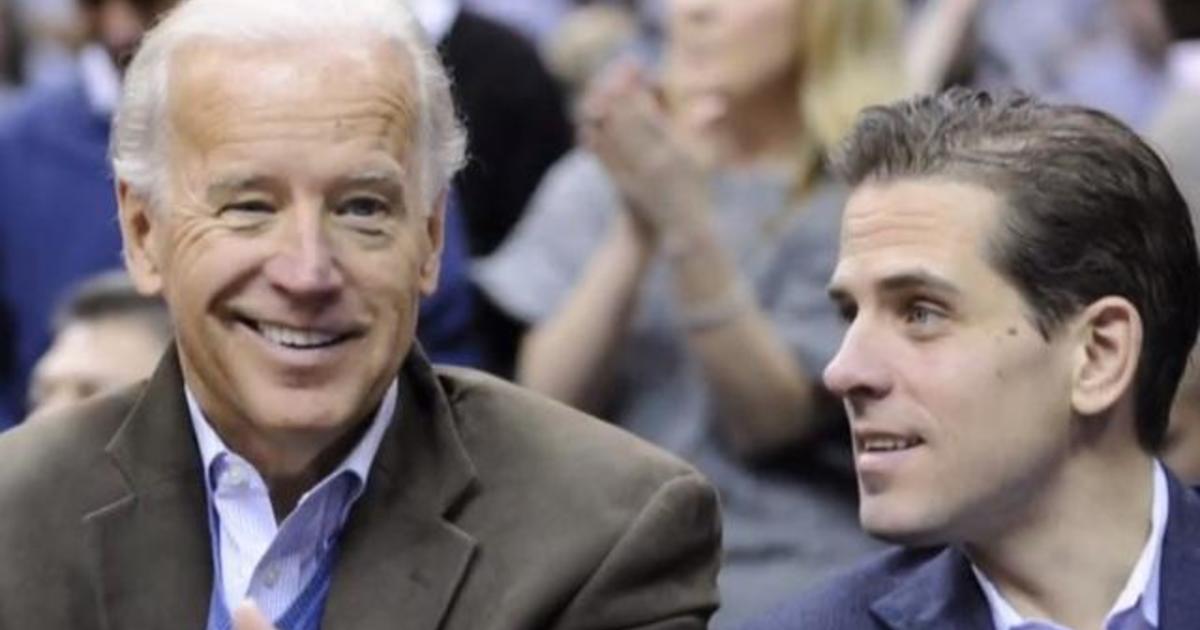 Our ‘newspapers of record’ become something else when they conspire to deny facts and hide truth. 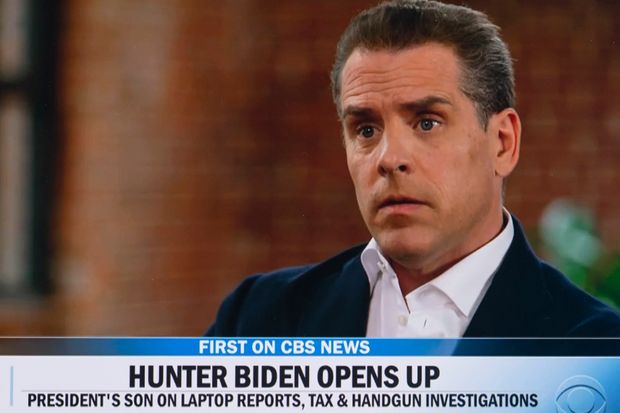 _
The problem isn’t Hunter Biden —it’s Joe—as major media outlets may be discovering, sort of, with the White House’s absurd intervention in the younger Mr. Biden’s latest career as a budding Van Gogh.

In fact, the intervention smells like a scheme dreamed up by Hunter himself, designed to call attention to his connection to the president, advertise it and enable it, while pretending to do the opposite.

For details, see a long account on the front page of Friday’s Washington Post. Under the plan, a New York gallery will keep secret the identities of those paying up to $500,000 for his novice pieces, but of course this wouldn’t stop the buyer from letting Hunter know who just bought his art or from turning up later as Hunter’s guest at a White House event.

All of this is magnificently obvious on its own terms, but even more so in light of the ludicrously detailed, well-documented revelations from the Hunter Biden laptop published over the last nine months by the New York Post and Britain’s Daily Mail.

To avoid knowing the truth so you don’t have to report it is not good reporting. This has been the approach of other media, or was until last month when the Washington Post’s resident “fact checker,” Glenn Kessler, in a hilariously neurotic piece, apparently forced on him only because of his previous swallowing of Biden denials, finally confirmed some of the New York Post’s reporting.

To wit, the vice president made an “unscheduled” stop at a private restaurant dinner in April 2015 where Hunter was hosting an official of the Ukrainian gas company Burisma. Understand: If Hunter’s role on Burisma’s board was to make the company a hot potato for Ukrainian corruption investigators, the vice president’s stop-by succeeded instantly in turning the administration’s Ukraine policy into a hostage to Burisma avoiding prosecution.

Mr. Kessler writes a sentence that would fascinate Dr. Freud: “When we looked into it, there was less to the story than one might imagine.” He never specifies who “one” is or what one “imagines,” but the Washington Post confirms the New York Post story in toto.

Let the dam break. The New York tabloid’s reporting, and that of the Daily Mail, which also has the laptop data, is everything journalism aspires to be, based on transparently obtained, contemporaneous documentation, not on somebody’s after-the-fact recollection or spin. Their reporting makes the average Bob Woodward book look like the product of ouija-board reporting.

Mr. Kessler and others use the excuse that the tabloids won’t share the laptop data, as if they should surrender their scoops to their haughtier brethren. But as Mr. Kessler demonstrates, other outlets are perfectly free to follow up by going to sources and asking questions, seeking documents. Watergate would not have unraveled if other papers didn’t follow up, and sometimes correct, the Washington Post’s revelations. Good places to start would be evidence of Mr. Biden’s lending the trappings of the vice presidency to Hunter’s effort to curry favor with Mexican billionaires Carlos Slim and Miguel Alemán Velasco, or of Hunter’s use of his business income to pay his father’s personal phone and home-improvement bills.

Other news outlets are not obliged to adopt the tabloids’ framing. They can interpret the pattern as Washington complexities as usual or as Mr. Biden’s indulgence of a particularly troubled son. But ignoring a story you know to be true in hopes your readers will believe it’s not true is not the job our “newspapers of record” signed up for.

All this takes on a sicklier coloration when you recall how the media coverup started: when 50 former intelligence officials, led by Obama administration veterans, claimed the laptop story had “all the earmarks of Russian disinformation.” They had no evidence and, worse, were prostituting their professional judgment. To create a plausible fake laptop, with a plausible index of files, plausible time stamps, plausible browser history, thousands of plausible photos, text messages, emails and other documents would be beyond the Kremlin and laughably disproportionate to any aim the Kremlin might hope to achieve.

The intelligence officials knew it. They were lying to the American public to influence an election. It’s hard to imagine a Ben Bradlee or Abe Rosenthal being party to this, or trying to pretend the laptop doesn’t exist. It’s hard to imagine them sitting still for the government’s stonewalling over the shooting of Ashli Babbitt or the death of Officer Brian Sicknick or the dubious Russian intelligence that remains the open secret of the FBI’s chaotic intervention in the 2016 election.

Much excellent reporting is still done by our big-time news organizations but can you trust them when you know they are also hiding news from you? Once you did not start from the presumption that members of the press were conformist lickspittles. Now you are stuck with the default presumption that they probably are.

‘The likelihood there’s going to be the Taliban overrunning everything and owning the whole country [of Afghanistan] is highly unlikely,” President Biden confidently proclaimed in July. “There’s going to be no circumstance where you see people being lifted off the roof of an embassy.…