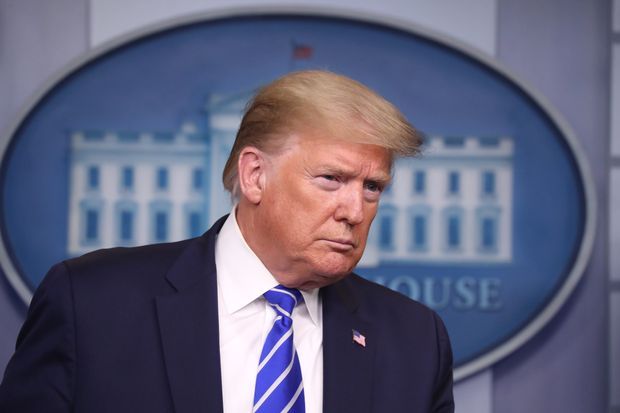 Donald Trump’s ‘Lysol’ moment says more about the media than it does him.

I finally read the lengthy transcript of President Trump’s April 23 press conference but it turned out to be unnecessary. Under the heading of “If your time is short,” the Poynter Institute’s PolitiFact website kindly summarized: “The briefing transcript shows that Trump did not say people should inject themselves with bleach or alcohol to treat the coronavirus. He was asking officials on the White House coronavirus task force whether they could be used in potential cures.”

It was a reporter in the audience who asked an accompanying official: “The President mentioned the idea of cleaners, like bleach and isopropyl alcohol you mentioned. There’s no scenario that that could be injected into a person, is there?”

No, was the answer, but the question was apparently enough for a few dozen common-run-of-humanity journalists to create a 99% fake story, and it’s not hard to guess why: clicks and page views; cable channels whose business model depends on a steady flow of contempt for Mr. Trump and his voters.

A New York Daily News story pointed to a spike in callers to the city’s poison control hotline “over fears that they had ingested bleach or other household cleaners in the 18 hours that followed President Trump’s bogus claim that injecting such products could cure coronavirus.”

Notice both the untruthfulness and absurdity of this sentence. The callers “feared” that Mr. Trump’s words somehow prompted household cleaners to jump down their throats? What the city dubbed its “case management” actually meant responding to callers saying, “Yuck, yuck, I drank Lysol because Trump suggested it.” Not only were there no poisoning cases. Pranksters didn’t get the idea from Mr. Trump but from the press’s version of what Mr. Trump said.

Which should remind us that Jussie Smollett-style fake stories happen (and happen, and happen) partly because of the media’s own complicity.

The Washington Post, which would later flog the Lysol story, didn’t mention the subject in its “3 takeaways from Thursday’s White House coronavirus briefing” published soon after the event. A writer at the Atlantic complained that the episode had made America an overseas “laughingstock.” She might have noticed that foreigners weren’t judging for themselves. They were imbibing, unvetted, the attitudes of the U.S. media.

Abraham Lincoln waved off impromptu speaking invitations, saying a president couldn’t afford to appear foolish. That’s not Donald Trump but reporters have had four years to get used to his blurting out offhand, half-formed thoughts that even his fans don’t take seriously.

I knew something was up when, during the 2016 Democratic convention, the progressive journalist Cenk Uygur on ABC News accused Mr. Trump of comments that took a “fallen U.S. soldier and puts him in the same camp as radical Islamic terrorists.”

What Mr. Trump said about Capt. Humayun Khan, a U.S. soldier killed in Iraq, was foolish, but it wasn’t that. I knew then we were off to the races if the media decided it could put words in a public figure’s mouth with impunity.

After this year’s State of the Union, Sen. Kirsten Gillibrand declared the president a “liar” for saying prescription drug prices had fallen. How did she know? Because, she explained to National Public Radio’s Brian Lehrer, an unidentified voter at some unspecified moment in Ms. Gillibrand’s past had complained about high drug prices. That was the entirety of her reasoning.

In fact, the usual fact-checking sites found Mr. Trump’s statement to be accurate. What was peculiarly demoralizing for the media was Mr. Lehrer’s failure as a reporter to let his audience know that Ms. Gillibrand’s argument was completely non-pertinent to her claim.

It’s not that objective inquiry into the facts and logic of events is even difficult. It just has become irrelevant to journalists thriving in today’s professional milieu. We’ve become more Trumplike than we care to admit, panting for the spotlight, desperate to say something colorful. Or maybe it would be more accurate to say Mr. Trump modeled his own intellectual sloppiness on the cable TV that he consumes in such large doses. Nowadays an insidious rationale has intruded: Reporters are actually praised for “advancing the narrative”—i.e., finding “facts” to support a desired story line.

If this is what our industry really is coming to, we deserve everything the internet and cord-cutting have done to us. By the way, an intelligent public (whatever portion of the public that description might represent) does not suffer under the exchange: If anything, they are oversupplied with interesting, original thought and knowledge, often supplied at the provider’s own expense, by dozens of high-quality volunteers on blogs and social media, easily found amid the dreck. We in the professional press only succeed in increasing their relevancy as we decrease our own.