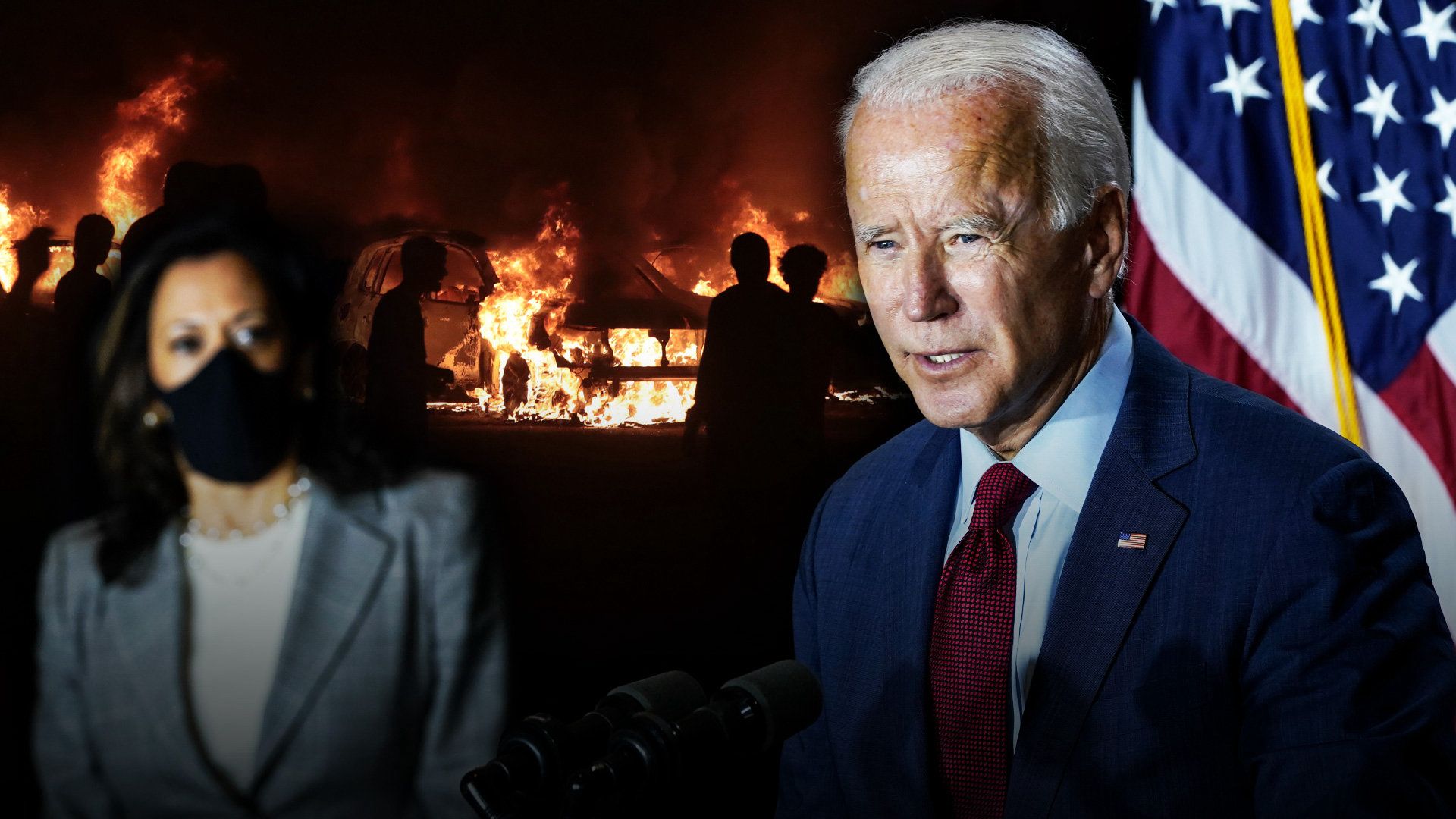 Political insanity can be defined as refusing to admit the reality of destructive violence.

For weeks, analysts have been pondering whether the “law and order” issue elevated by President Trump and the Republican convention could have a material effect on voting this fall. Generally, they have minimized the issue. But like the hurricanes rolling in from the Atlantic Ocean, the waves of urban violence have apparently become impossible to ignore.

A Monmouth poll out this week finds 65% of respondents say “maintaining law and order” is a big problem. The poll’s self-identified party affiliations are 28% Republican, 41% independent and 31% Democratic. Here’s the election’s ticking time-bomb: Among “non-Republican” blacks and other minorities, more than 60% agree that civil disorder has become a big issue, while just 46% of white non-Republicans see it as a problem. Looks like where one lives explains a lot about the Democratic worldview.

There’s more bad news at the wrong moment for Harris-Biden: Conclusive evidence has emerged that the American left is certifiably insane.

After the shooting this week of two cops in Compton, south of Los Angeles, a small contingent of antipolice protesters stood outside a hospital chanting, “We hope they die!” Mr. Biden tweeted criticism of both incidents as “unacceptable” and “entirely counterproductive.”

Up to now, the conventional liberal/media/Democratic story line has been that “most” of the protesters are peacefully objecting to racism and police practices. But it has become impossible not to see something else that falls between carrying signs and looting stores.

It is common practice for these protesters, men and women, to stand inches from the faces of cops, especially black cops, screaming insults and personal obscenities with no letup. This behavior is a phenomenon worth thinking about.

It wasn’t long ago that everyone but the genuinely insane knew that if you did this to a cop, odds were you would be a) arrested and/or b) popped with a billy club.

This is new—a status quo in which there is no fear of the police by protesters or common street criminals. A line in the sand has been washed away.

This condition didn’t happen in the past 100 days. Democratic politics has been building toward precisely this redefinition of law and order for at least 20 years.

Embarrassed and perplexed by the decadeslong persistence of crime and incarceration in inner-city neighborhoods, progressive legal theorists proposed “decriminalization” as an alternative. They essentially redefined crime as something closer to a behavioral problem. And they blamed the police function for incarceration rates.

An important political document in this evolution was released in July—the Biden-Sanders Unity Task Force. Note that it appeared one month after the protests, looting and urban shootings began in May.

Under the Biden-Sanders heading “Protecting Communities by Reforming Our Criminal Justice System,” the words “felony,” “homicides” or “gangs” appear nowhere. It’s almost entirely about one thing—the police and reducing their role. “Shootings” appears once—in regard to “police shootings.”

Subsequent proposals on the official Biden campaign website overwhelmingly reflect these policies. The Democrats’ failure at their convention to mention the violence wasn’t just avoidance of an inconvenient reality. It was a conscious ideological choice. To restate a point made previously in this space: There will be no return to normal if Harris-Biden wins.

The political problem for Democrats and Joe Biden surfaced by the Monmouth poll is that the post-Floyd protests put the progressive urban policing model to an unexpected real-world test, which it has failed demonstrably and disastrously. It has led not to what President-in-the-wings Harris this summer described as “reimagining how we do public safety in America” but instead a virtual collapse of the police function.

So my argument: The Democratic left has turned certifiably insane, if one definition of irrational behavior is the refusal to recognize the damage being done, primarily to black and Hispanic neighborhoods, by catastrophic violence. Voters, it appears, have begun to notice.