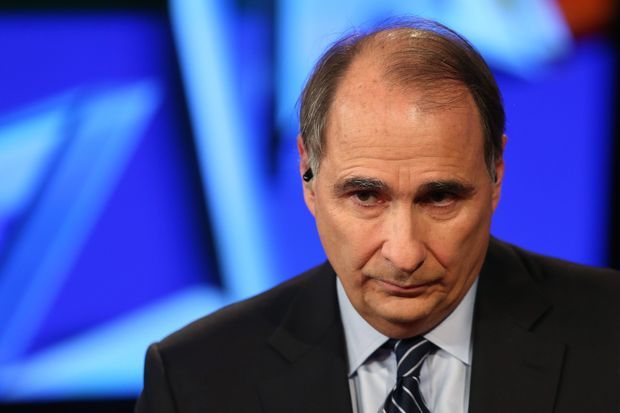 What happens when the press becomes an interest group whose interest isn’t the truth?

To many hack commentators, “conspiracy theory” has become a term used to make certain kinds of implicit and explicit cooperation unacknowledgeable.

With evidence newly in hand last week, we see that the resources poured into promoting the Steele dossier before the 2016 election were nothing next to those mobilized by Clinton campaign chief John Podesta after the inauguration. Transcripts two years old show various Obama officials denying under oath that they possessed evidence of Trump-Russia collusion while they implied the opposite on TV.

Even the outside firm that the FBI relied on for its claim that Democratic emails were hacked by the Russians admitted under oath to finding no evidence that emails had been actually removed from Democratic servers.

Newsies in the aftermath of the Russia hoax now insist they were merely reporting on official actions. They carefully avert their eyes from the fact that the leaks they received and possibly even the official acts they reported were manufactured deliberately to put lies into the news.

If they had any grit, many of our senior reporters would be hopping mad now to learn they had been manipulated into reporting untruths to the public.

If they had any grit. Instead many of them seem to be hanging around the same leakers and whisperers, hoping for new talking points to get themselves off the hook in the air-clearing now coming. It’s all part of what Matt Taibbi of Rolling Stone and Aaron Maté of the Nation (two left-wing critics of the Russia hoax) call the “privilege protection racket.”

Take a podcast in February with former Obama adviser David Axelrod and Rep. Adam Schiff, under the auspices of the University of Chicago and CNN. In an hourlong, intimate setting, how could Mr. Axelrod not ask about the unraveling of the Russia collusion theory and the Steele dossier that Mr. Schiff so assiduously promoted for three years?

The questions needn’t be accusatory, but how does someone with a living mind not ask? Instead, Mr. Axelrod abused JFK by painting Mr. Schiff as a profile in courage for peddling a lie that made him extraordinarily popular with the anti-Trump media (as if this could ever be courage).

At least Mr. Axelrod noted that Mr. Schiff comes from a safe seat unlike the many Republicans Mr. Schiff constantly accuses of cowardice. But how could any GOP officeholder work with Democrats to rein in Mr. Trump when voters back home see Mr. Schiff falsely trying to frame the GOP president as a Kremlin mole?

The failure to think about these larger consequences is the real cowardice. (For the record, Messrs. Taibbi and Maté in their own podcast refer to Mr. Schiff as a “pathological liar” and the person most likely to assure Mr. Trump’s re-election.)

When all is said and done, half the story of our age will be how Democrats and the press became more Trumplike than Trump in their opposition to Trump.

My own taste in presidents runs in an Eisenhowerly direction, but I know an interesting experiment by the voters when I see one. Worth 1,000 Washington Post op-eds was Duke University polymath Timur Kuran’s analysis of Mr. Trump’s famous campaign cheap shot at John McCain. Even veterans who revered McCain rallied to Mr. Trump because of his “fearless” willingness to hit back against a Republican icon.

Or take his continually misrepresented comment about shooting someone on Fifth Avenue, which reporters still advance as proof that Mr. Trump thinks a president is above the law. Mr. Trump was speaking as a candidate: If you’re a pressie who still doesn’t understand that he was marveling (and hyperbolizing) in real time about the mainstream press’s hostility as his best recruiting tool, you are unfitted to be an observer of anything.

The most interesting question would concern the political establishment’s response to the 2016 message from voters. Whatever you think of this moment in our history, 100% of your contempt should be reserved for those who responded by inventing the Russia collusion hoax. The purpose of reporting is not to propagate falsehoods; what good are commentators who lack the judgment to recognize that the Steele dossier (a collection of accusations by somebody who would neither vouch for their accuracy nor reveal their source) had no journalistic value except as proof of the concocter’s low opinion of journalists?

Fools become liars when they knowingly persist in their misrepresentations to preserve personal dignity and professional standing. By rights, the rectification should begin with the dismissal, on competence grounds, of the leadership in many newsrooms. It won’t. But at least register in your own mind how routinely and sometimes completely press behavior is at odds with values the press claims to represent.