Violent Protest and the Intelligentsia - WSJ 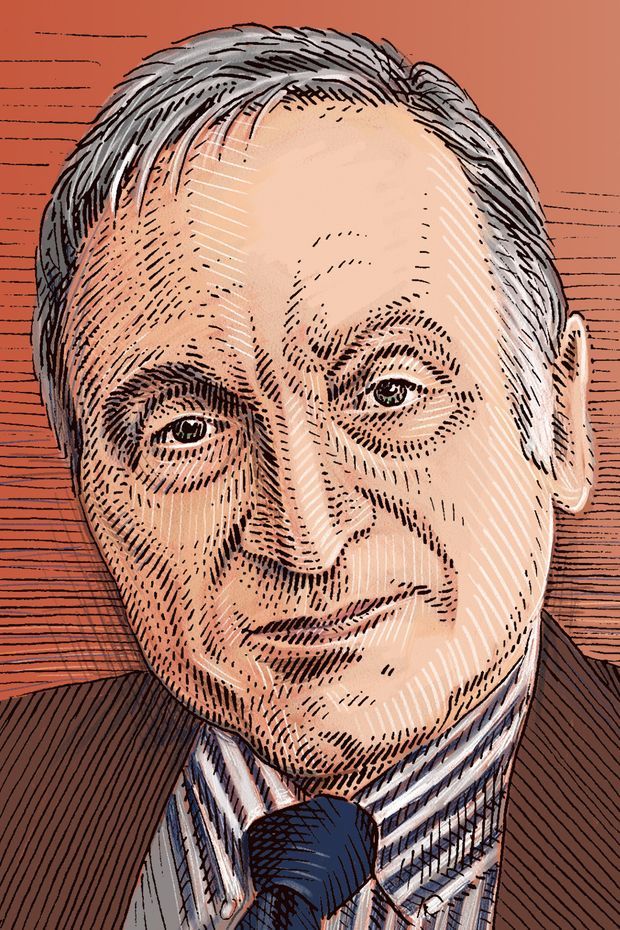 The similarities between this week’s riots and the Los Angeles riots of 1992 are obvious. Both were occasioned by appalling video images, and both divided the nation along partisan and ideological lines. The differences between the two events, however, are more revealing. The violence in 1992 came after a court verdict; the beating and arrest of Rodney King had happened more than a year before. This year’s riots came within days of George Floyd’s killing by Minneapolis officers. The riots of 1992 were mostly confined to poor and working-class areas of Los Angeles. This week saw mayhem all over America, and in Los Angeles, New York and elsewhere the rioters targeted wealthy streets and neighborhoods.

But perhaps the most striking difference is the rationalization, and sometimes full-throated defense, of violence from left-wing elites: the glorification of havoc, the vilification of cops and their middle-class admirers, highfalutin defenses of vandalism. The sense of revolution and class warfare was everywhere this week: the cognoscenti and underclass arrayed against the petty bourgeois shop owners; the elite and those they claim to represent against everybody else.

Gary Saul Morson says he has no special insight regarding police actions and the death of George Floyd. But he does have a provocative thesis about America’s current political moment: “To me it’s astonishingly like late 19th-, early 20th-century Russia, when basically the entire educated class felt you simply had to be against the regime or some sort of revolutionary.”

Mr. Morson, 72, is a professor of Russian literature at Northwestern University and an accomplished interpreter of Fyodor Dostoevsky, Anton Chekhov and Leo Tolstoy. Obviously we haven’t arrived at anything like what Lenin called a “revolutionary situation,” Mr. Morson says, but we have arrived at a situation in which well-intentioned liberal people often can’t bring themselves to say that lawless violence is wrong.

In late czarist Russia, some political parties and other groups—the Social Democrats, the anarchists, the Marxists—explicitly endorsed terrorism. “The liberal party—the Constitutional Democrats, they called themselves—did not condone terrorism,” Mr. Morson says. “But they refused to condemn it. And indeed they called for the release from prison of all terrorists, who were pledged to continue terrorism right away. . . . A famous line from one of the liberal leaders put it this way: ‘Condemn terrorism? That would be the moral death of the party.’ ”

The lesson seems highly relevant today. “When you’re dragged along into something you don’t really believe yourself—because otherwise you are identified with those evil people, and your primary identity is being a ‘good guy,’ not like those people—you will wind up supporting things you know to be wrong. And unless there is some moral force that will stop it, the slide will accelerate.”

Mr. Morson, ensconced in his delightfully untidy and book-laden office in Chicago as we chat on Zoom, concedes that a scholar who spends much of his time thinking and writing about Russia’s revolutionary period will tend to look for parallels between that time and our own. The parallels don’t obtain in every way.

But some of them make the analogy worth considering. One is that many of today’s revolutionaries are wildly successful and privileged. Take Colinford Mattis and Urooj Rahman, both New York lawyers in their 30s, who have been criminally charged for attempting to firebomb a police vehicle with a Molotov cocktail. Mr. Mattis was educated at Princeton and New York University, Ms. Rahman at Fordham.

Why do people at the top want to destroy the system that enabled them to get there? “No,” Mr. Morson says, “you have it wrong. When you’re such a person, you don’t feel you’re at the top. The people at the top are wealthy businesspeople, and you’re an intellectual. You think that people of ideas should be at the top.”

The word “intelligentsia,” he notes, comes from Russian. In the classic period, from about 1860 to the First Russian Revolution in 1905, “the word did not mean everybody who was educated. It meant educated people who identified with one or another of the radical movements. ‘Intelligents’ believed in atheism, revolution and either socialism or anarchism.

“The idea was that since they knew the theory, they were morally superior and they should be in charge, and that there was something fundamentally wrong with the world when ‘practical’ people were. So what you take from your education would be the ideology that would justify this kind of activity—justify it because the wrong people have the power, and you should have it. You don’t feel like you’re the establishment.”

Is American society, shaped by Protestant Christianity and dominated by a kind of dovish, humanitarian left-liberalism, ever likely to fall into the barbarity of the Russian Revolution? Aren’t we too—I fumble for a word as I formulate the question—soft for that sort of totalizing violence?

“I don’t know,” Mr. Morson answers after a long pause. “I don’t know if that means people won’t go as far as they did in Russia, or if it just means there will be less resistance to it.”

The danger begins, he thinks, when complex social and political problems can’t be debated any longer. “You get into a revolutionary situation because people can’t hear,” he says. “Can there be a dialogue on important questions, or is there only one thing to say about every question? Are people afraid to say, ‘Well, yes, but it’s not quite as simple as that’? . . . When you can’t do that, you’re heading to a one-party state or a dictatorship of some sort. If one party is always wrong and another always right, why not just have the right one?”

Mr. Morson speaks with conviction about the peril of “ideological segregation”: “It was very easy for white people to believe evil things of black people when they never met any. But when you live with somebody, you realize that they’re no worse than you are. . . . We’ve increasingly had ideological segregation on both sides. Each side has caricature views of the other.”

The assumption of historical inevitability may play a part here. You hear it in our political language: A favored policy is “an idea whose time has come,” a disfavored one is “on the wrong side of history.” This sort of teleological thinking—history has a direction, and that direction is identical with our political views—is fervently, if unconsciously, embraced by highly educated people today. It was also “one of the central arguments of late-19th-century Russian thought,” Mr. Morson says.

“Does history have a direction? And is later necessarily better? The greatest thinkers—Tolstoy, Alexander Herzen—answered no, later is not always better. They believed that sort of thinking was an importation of religious providentialism into history—the determinism of Hegel and Marx. The difficulty of this form of thinking is that it paralyzes you from acting. Between the wars, it was common for people to say: ‘Yes, you may like liberal democracy, but that’s of the past. We fascists are of the future.’ Or ‘We communists are of the future.’ People would resign themselves to the inevitable and conclude, ‘Well I can’t fight the future, I can’t resist the fascists or the communists.’ ”

I suggest that the American left is very fond of this teleological language—Barack Obama spoke in his first inaugural address of the “worn-out dogmas that for far too long have strangled our politics.” But Mr. Morson reminds me that Ronald Reagan used similar rhetoric. “Part of being a revolutionary is knowing that you don’t have to acquiesce to the tired, old ideas of the past,” he said in a 1985 speech.

Another marker of the Russian intelligentsia was the sheer contempt its members had for the peasants and workers they claimed to represent. “How many workers, how many peasants, were even in the Bolshevik Party? Very few. . . . Lenin’s whole idea was that ‘the working class, left to itself, will never develop more than a trade-union consciousness.’ That’s his famous phrase. They had to be led by the intelligentsia and completely disciplined. No matter what you say, they will do it, no matter how violent. They don’t have to understand the reasons, they’ll just do it. Because they’re the agents of history, as Marx described them. . . . That implies a contempt for the working class and a greater contempt for the peasantry.”

The supposition that America is moving toward anarchy or revolution because we’ve had a week of riots—or three years of bad faith and acrimony, or three decades of polarization—still seems hard to accept. Mr. Morson is careful not to predict the course of events. He uses the phrase “insofar as the Russian example applies” more than once.

But, he says, “we have a major depression, we have terrible fear from the illness, and now we have mass riots in the street, which our leaders do not seem to know how to handle. That’s a very rapid slide from only a year ago. And there’s no reason to think it will slow down. The slide could well continue.”

And history can unfold in unpredictable ways. Who would have guessed 20 years ago, he asks, that the First Amendment’s free-speech guarantee would become passé on the liberal left? “I used to get a laugh from students by quoting a Soviet citizen I talked to once. He said to me, ‘Of course we have freedom of speech. We just don’t allow people to lie.’ That used to get a laugh! They don’t laugh anymore.”

Almost Nothing You’ve Heard About Evictions in Jerusalem Is True

The problem isn’t Hunter Biden —it’s Joe—as major media outlets may be discovering, sort of, with the White House’s absurd intervention in the younger Mr. Biden’s latest career as a budding Van Gogh.…

The favorite lawyer of major media outlets and Senate Judiciary Committee Democrats is now a criminal headed to prison. Will there be any accountability for the people who made him a household name?…