The former FBI director should be apologizing to Carter Page. 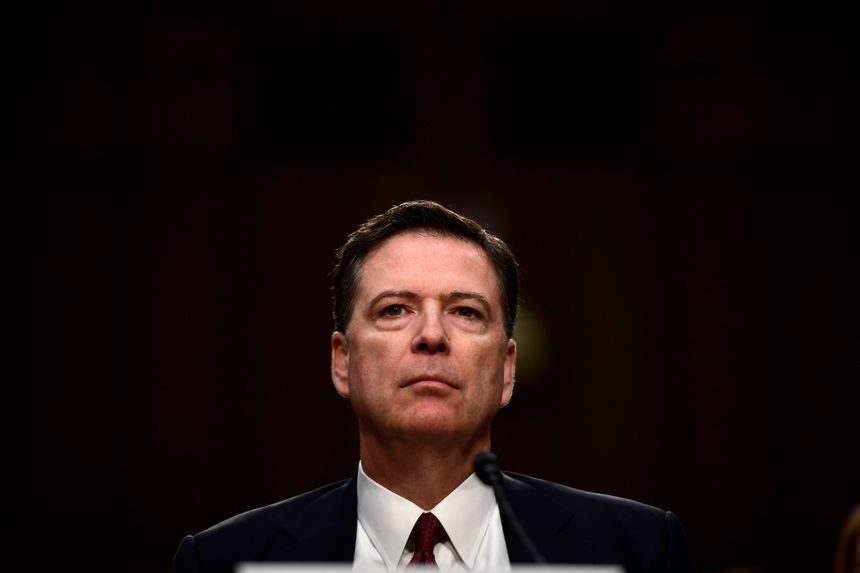 Former FBI Director James Comey arrives to testify on Capitol Hill, June 8, 2017. Photo: brendan smialowski/Agence France-Presse/Getty Images
Will James Comey demand another apology?
The former Federal Bureau of Investigation director has always been at his most natural when most aggrieved. Within hours of the release of Justice Department Inspector General Michael Horowitz’s report Monday, Mr. Comey had an op-ed up at the the Washington Post.
In a tweet touting his piece, Mr. Comey put it this way: "So it was all lies. No treason. No spying on the campaign. No tapping Trumps wires. It was just good people trying to protect America."
This comes as no surprise to anyone who remembers when an earlier inspector general report called him "insubordinate" for having "intentionally concealed" from his Justice Department bosses his plans for a press conference exonerating Hillary Clinton of criminal wrongdoing over her use of a private email server to send classified material.
Mr. Comey’s answer that time? An op-ed in the New York Times under the headline, "This Report Says I Was Wrong. But That’s Good for the F.B.I."
Then, in August 2019, Mr. Horowitz’s office released still another report, this one dealing with Mr. Comey’s leaking of memos detailing confidential conversations he’d had with President Trump. In addition to highlighting Mr. Comey’s dishonesty toward the FBI agents dispatched to his home to retrieve the memos, the inspector general scored Mr. Comey for setting "a dangerous example" for the bureau. Later Mr. Horowitz testified that he’d recommended Mr. Comey be prosecuted.
How did Mr. Comey respond? By ignoring the larger indictment of his FBI leadership and focusing only on Mr. Horowitz’s finding that they’d unearthed no evidence Mr. Comey had leaked classified information. "I don’t need a public apology from those who defamed me, but a quick message with a ‘sorry we lied about you’ would be nice," Mr. Comey tweeted.
So another Comey tweet demanding yet another apology is entirely likely. And it points to the low bar Mr. Comey has now set for America’s most prestigious law enforcement agency: Unless the conduct is criminal, anything goes.
In practice this means overlooking a great deal of ugly behavior. The following, culled from Mr. Horowitz’s new report, is long but by no means exhaustive:
• Even though Christopher Steele’s dossier was full of material Mr. Comey himself characterized as "salacious and unverified," it played a "central and essential role" in the bureau’s decision to seek a Foreign Intelligence Surveillance Act warrant on former Trump campaign adviser Carter Page.
• The FBI failed to inform Justice of "significant information that was available" but "was inconsistent with, or undercut," claims in the FISA applications that Mr. Page was "an agent of a foreign power."
• The FBI ignored various warnings about Mr. Steele’s political bias, and it took him at his word when he falsely told agents he wasn’t the source for a Yahoo News article the FBI would cite in its application to the court.
• Overall, the report identifies "at least 17 significant errors or omissions in the Carter Page FISA applications"—for which investigators received no "satisfactory answers."
• The FBI also didn’t inform the FISA court that Mr. Page had served as a Central Intelligence Agency source and received a "positive assessment" for candor from the agency.
• Mr. Comey pushed to include Mr. Steele’s dossier in the Intelligence Community Assessment even though the CIA "expressed concern about the lack of vetting."
• An FBI lawyer altered an email he’d received confirming Mr. Page had been a CIA source. After he changed it to read "not a source," the email was then used to help renew the FISA warrant on Mr. Page.
Mr. Horowitz lays the blame at the top: "We are deeply concerned that so many basic and fundamental errors were made by three separate, hand-picked investigative teams; on one of the most sensitive FBI investigations; after the matter had been briefed to the highest levels within the FBI; even though the information sought through use of FISA authority related so closely to an ongoing presidential campaign; and even though those involved with the investigation knew that their actions were likely to be subjected to close scrutiny. We believe this circumstance reflects a failure not just by those who prepared the FISA applications, but also by the managers and supervisors in the [investigation’s] chain of command, including FBI senior officials who were briefed as the investigation progressed."
Mr. Comey’s memoir, "A Higher Loyalty," relates how as FBI director he kept on his desk a copy of the October 1963 memo from J. Edgar Hoover asking for permission to wiretap Martin Luther King. He claims he did so to help ensure the bureau would never forget how a "legitimate counterintelligence mission . . . morphed into an unchecked, vicious campaign of harassment and extralegal attack."
Mr. Horowitz’s findings about what was done under Mr. Comey’s leadership suggest there’s still a need for such a reminder. But maybe it should be a copy of the FISA applications for Carter Page the FBI sent to the court with false, misleading and incomplete information—and Mr. Comey’s signature.
Write to mcgurn@wsj.com.
Politics, U S A