The inspector general is circumspect in his judgments but the facts speak clearly. 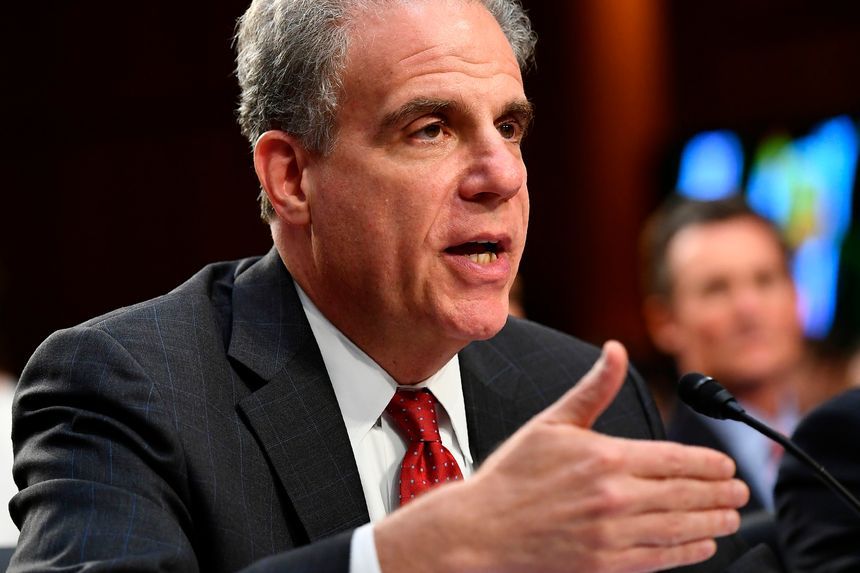 Justice Department Inspector General Michael Horowitz testifies on Capitol Hill, June 18, 2018. Photo: mandel ngan/Agence France-Presse/Getty Images
Justice Department Inspector General Michael Horowitz, as he explains, is bound to assume good faith unless given "documentary or testimonial evidence" otherwise. Yet he has compiled a factually damning report that even a thick-headed and biased press will have to take account of.
A shorthand version of his report: Here are 50 facts that can be explained only by FBI incompetence or political bias. We find no documentary or testimonial evidence of bias.
The mystique of Christopher Steele has gone poof, along with the reputations of many pundits. The FBI saw that he was being paid to sell claims to the press even as his third-hand sources were contradicting his claims to the FBI. He was the kind of reporter (we’ve known a few) prone to "follow the shiny object." The CIA considered his reporting "internet rumor."
On the surveillance warrant on the peripheral and unimportant Carter Page, we learn that a host of mistakes, omissions and outright fabrications "made it appear that the information supporting probable cause was stronger than was actually the case." Exculpatory evidence was ignored. Mr. Page conveyed persuasively that he had never spoken to or communicated with Paul Manafort whose intermediary with Russian co-conspirators Mr. Page was supposed to be. Mr. Steele’s implausible claim of a giant dangled Rosneft bribe was denied even by Mr. Steele’s own source as the inspector general was able to confirm by looking at the source’s text messages. Still unexplained, and inexplicable, is why the FBI was in a panic to eavesdrop on Mr. Page at all. Nobody could have believed Mr. Steele’s story about him. More than ever it seems FBI headquarters, from which the demand originated, was under some unidentified outside pressure to spy on the Trump campaign.
A line from Stanley Kubrick’s "Paths of Glory" comes to mind. A senior French general, reflecting on the crimes and disasters spawned by his chain of command, insouciantly declares, "Wherein have I done wrong?"
Wherein can the agency be shown to have done wrong, though it flouted its own rules in publicly chastising Hillary Clinton even while excusing her from criminal liability, then flouted its own rules again when it reopened her case before Election Day; though the inspector general found many of the FBI’s decisions inexplicable; though he uncovered clear expressions of partisan hostility by FBI agents and their sources?
For almost three years, because of the FBI’s actions, the country was held in suspense by an investigation into whether Mr. Trump was a Kremlin agent, only to have Robert Mueller tell us, based on information already in the government’s hands (let’s not kid ourselves about this), that there never was any evidence to support the claim.
But wherein did the FBI do wrong?
Mr. Horowitz, of course, is largely restricted to looking at official acts, but unofficial and unrecorded acts are also part of the story. Specifically, the FBI was a leakfest. Deputy Director Andrew McCabe lost his job and part of his pension for lying about leaks. Director James Comey was recommended by Mr. Horowitz for criminal prosecution for leaking. Mr. Steele was leaking to the press when the FBI considered him a confidential informant. Yet even Mr. Steele himself complained to the FBI about its leaking.
Mr. Horowitz is not a criminal investigator. He lacks subpoena power, much less mind-reading power. If somebody was thinking, "This Steele material looks bogus but let’s use it anyway;" he would not expect to find documentary and testimonial proof of it. And which file drawer should he search for documentary and testimonial evidence that the country would have been better served by a wiser, more circumspect FBI leadership, one less influenced by a manifest belief that Mr. Trump was unfit and Mrs. Clinton was certain to be the next president?
Ultimately federal prosecutor John Durham will have his say. He brings tools and powers that Mr. Horowitz lacks. He should be able to suss out the contribution of other U.S. intelligence agencies to the debacles here. Historians will have their say, with their special perspective on the temptations of bureaucratic self-deception and the comedy of errors that official life frequently entails (a crucial framing, we suspect, of the 2016 intelligence follies).
This might be the place to end but for the ironic coincidence of the Washington Post’s unveiling of its exposé on 18 years of official lying and confusion about the war in Afghanistan. In one sense, nothing is surprising here but raises a question: Why are we impeaching Donald Trump when the people trying to remove him are no better than he is?
Whatever his legitimate complaints about his treatment at the hands of the FBI, Mr. Trump managed to win in 2016. Hillary Clinton fans are the ones still contending that improper FBI actions cost her the election. We can only wonder when Democrats and their media supporters will find their way out of their own fog and start demanding an unsparing examination of the FBI’s role in the 2016 race.
Politics, U S A