He wants to make religious freedom the centerpiece of U.S. human-rights policy. 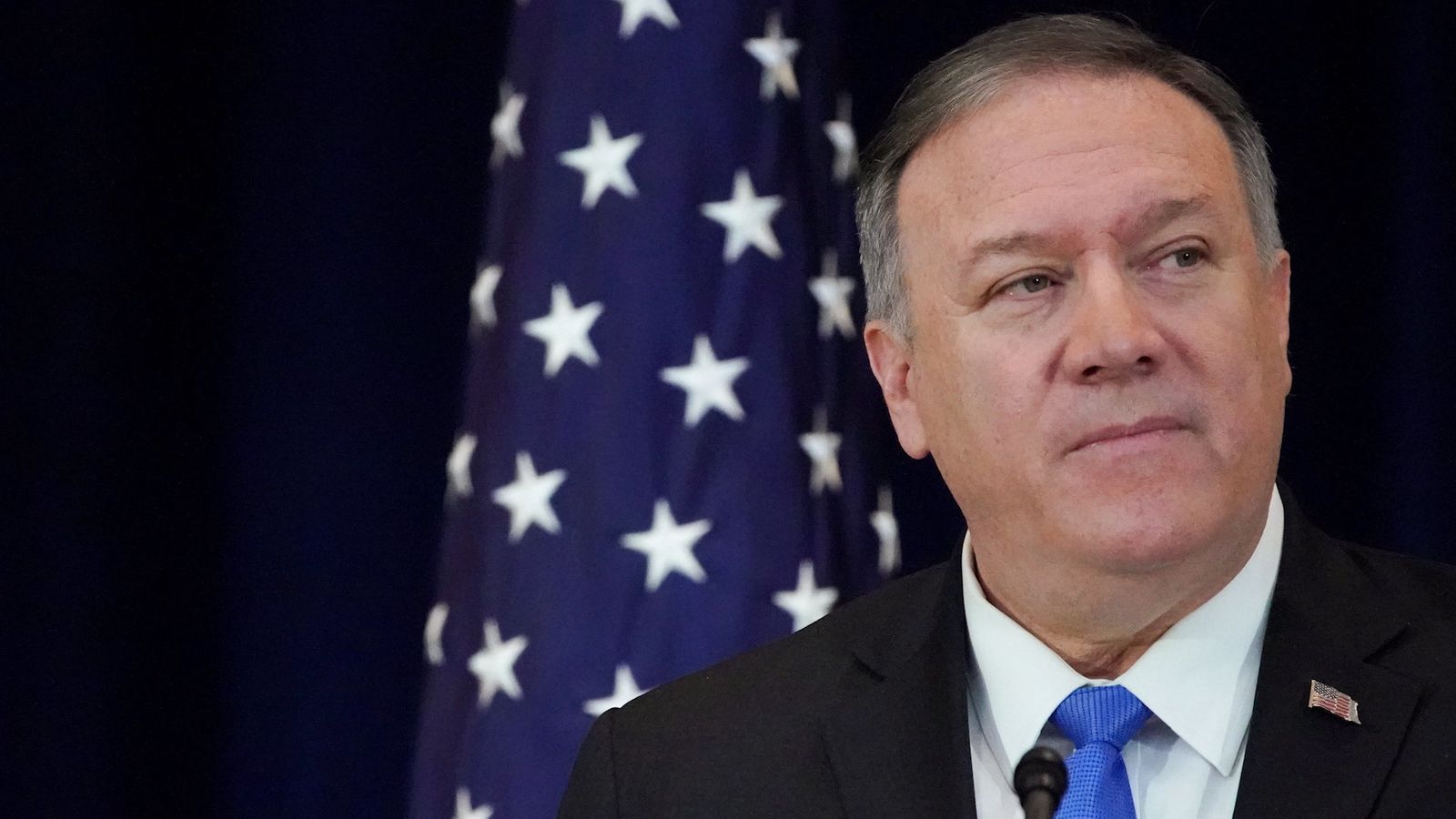 Global View: Secretary of State Mike Pompeo hopes to make religious freedom the centerpiece of American human-rights policy in order to protect Christians and others of faith around the world. Image: Erin Scott/Reuters
Christmas is anything but a season of peace and joy for millions of Christians around the world today. Not since the death of Stalin have Christians in so many places faced the levels of discrimination, violence, imprisonment and even death on account of their religion that they do today.
After more than a century of intermittent genocide, persecution and forced removals, ancient Christian populations in much of the Middle East are on the edge of extinction. Iraq’s Christian population, estimated at 1.4 million as recently as 2003, fell by almost 90% in the chaos that followed the American invasion. Roughly three quarters of Syria’s Christian population, estimated at two million before the current civil war, are refugees. Once a substantial percentage of the Arab Palestinian population, Christians are rapidly disappearing from the Palestinian territories. Egypt still retains a large Christian population, but Copts face pervasive discrimination and, especially in rural areas, violence.
Persecution hangs over beleaguered Christian communities in much of the world. Christians in sub-Saharan Africa face violence from Boko Haram fighters. In Pakistan no Christian is safe from false charges of blasphemy. Hindu mobs in India have attacked churches. In Indonesia, radical Islamists attempt to disrupt the traditionally peaceful relationships among the country’s religious groups.
The most alarming developments are taking place in China. As authorities in Beijing work to enforce ideological conformity and restrict debate among China’s 1.4 billion people, the Christian population is experiencing heightened scrutiny and pressure. Crosses have been pulled down from church roofs, and churches have been bulldozed. More ominously, the biometric monitoring and close surveillance that has been used to crush Tibetan Buddhists and the Muslims of Xinjiang has been systematically introduced into Christian churches across the country.
China’s Communist rulers are well aware that Christians have led democracy movements in many countries. It is not only Pope John Paul II’s role in ending Communist rule in Poland; South Korea’s democracy movement was led by Christians. The rapid growth of Christianity in China—from about three million believers in 1949 to somewhere between 60 million and 100 million today—alarms Beijing. Some of the most visible leaders of the Hong Kong protests are prominently identified as Christian.
Christians have no monopoly on being persecuted. Muslims in much of Asia face unprecedented repression. Jews throughout the world stand appalled before a rising tide of anti-Semitic hate. The followers of these three religions, widely dispersed across the world, are achingly vulnerable to the fear of diversity, hatred of dissent, and lack of legal protections found in so many countries today.
Secretary of State Mike Pompeo wants to make religious freedom the centerpiece of American human-rights policy. This is not just about shoring up President Trump’s support among religious voters. Mr. Pompeo tells me that religious liberty is a key condition of prosperity and security, and putting it at the center of American human-rights advocacy will highlight what he calls "the central premise of American foreign policy and the Trump administration," that "the essential dignity of every human being matters."
That is not always the impression Mr. Trump gives in his tweets, but Mr. Pompeo has a real point. The ability of every person to follow his conscience is the basic right from which all others flow. No state, political party or social movement has the right to tell human beings what they can or cannot believe.
Translating this into activism is anything but straightforward. Today as in the past, intolerance and fanaticism within religious communities is a leading cause of persecution. And for many advocates of causes like gay rights and abortion, religion is an opponent to defeat rather than a partner to protect.
Yet the extraordinary violence being deployed against Christians, Muslims and members of religious minorities like the Yazidis and the Baha’i—at levels not seen since the last era of Communist persecution—should serve as a wake-up call.
Religious freedom is not only the most basic human right; the defense of religious freedom is also good politics for American human-rights advocates. Americans’ appetite for human-rights diplomacy and interventions is limited after their failures in recent decades. To regain public trust, American human rights-advocates must reconnect with concerns and priorities that reach the broad public. The cause of religious freedom offers the human-rights community its best opportunity to build its base of support while confronting a monstrous evil.
Meanwhile, as Americans of all faiths and no faith celebrate the holidays with family and friends, we could do worse than to remember the millions around the world who suffer discrimination and persecution simply for following their consciences.
Copyright ©2019 Dow Jones & Company, Inc. All Rights Reserved. 87990cbe856818d5eddac44c7b1cdeb8
Measure
Measure
Politics, Islam